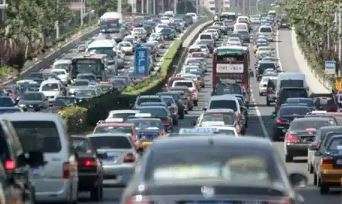 What Now? Implications of Closure of Third Mainland Bridge on Lagosians

As earlier reported, the Third Mainland Bridge is set to be shut down for a speculative period of 6 months. The bridge, which starts from Oworonshoki and ends at the Adeniji Adele Interchange on Lagos Island is integral to Lagosians’ daily lives. It was opened for use in 1990 and was the longest in Africa until 1996 when the 6th-October Bridge in Cairo was completed. This bridge, arguably, is the most-used road in the country. This article will examine the dire implications of the closure of the Third Mainland Bridge on Lagosians (especially Mainlanders – the worst hit).

The news of the impending closure was shared by Mr. Kayode Popoola, the Federal Controller of Works in Lagos, during a press talk with the News Agency of Nigeria (NAN) on Monday 6th July 2020.

According to Popoola, “We want to do maintenance work on Third Mainland Bridge very soon. Most likely on the 24th. We may close it from the 24th of July.’’

“We are still working out the modalities and when we perfect the traffic management plan we will move to site. Everything being expected for the repairs of the bridge arrived the country that is why we want to start the repairs now,’’

Reports that the Federal Government will be working with the Lagos State Traffic Management Agency (LASTMA) on how best traffic during this period, however, calmed some visibly hot nerves.

Nevertheless, anyone who lives in Lagos Mainland e.g Egbeda, Ikeja, Surulere, Magodo, etc, and works on the Island e.g Victoria Island, Ikoyi, Lekki, etc already has a hard time getting to work every day now. Returning from work daily is another stress entirely. Click here for alternative routes to Lagos Island.

Implications of Closure of the Third Mainland Bridge

As the news of the closure of the bridge looms, let us examine how this will affect Lagosians and their businesses.

Business outfits who have staff who reside on the Lagos Mainland must now be mindful of the sanctions attracted to the lateness of their staff. This is because it will become extremely difficult to make it to work on weekdays. With the Third Mainland Bridge fully functional, many ‘Mainlanders’ have had to wake up at 4 am – 4:30 am to get ready for work. This is because they must leave home at exactly 5 am or risk being late to work.

HRs need to be considerate in this impending trying time.

The human body is a machine, one that needs rest and food instead of fuel. For a better perspective, I would let you into a typical week in the life of a Mainlander working in Lagos Island:

Monday uptime (4 am – 11 pm) – Hey. The morning and evening rush hours are mostly brutal. Due to the pouring traffic jam when going to work and the immense multitude who try to come back home when work closes. Everybody uses the Third Mainland Bridge.

Tuesday uptime (4:30 am – 9 pm) – The morning and evening rushes have reduced a notch lower. Several reports have suggested that a lot of people stay back in their offices from Monday through Friday to avoid the traffic torture. Hence, the traffic eases up a little bit

Wednesday uptime (4:30 am – 8 pm) – Mid-week. This is probably the lightest you can find the traffic jam on a weekday on Third Mainland Bridge. Still, a minute later in bed can spell ill for the day.

Thursday uptime (4:30 am – 9 pm) – The rush hours gain again. Suggestively, because more people now think the traffic is ‘lighter’ during this period. They always come back wrong.

Friday uptime (5 am – 12 am) – People who have, reportedly, stayed back since Monday must go home. So during the evening rush to their various houses, Mainlanders teem to the Third Mainland Bridge (being the safest and best functioning bridge) to get home for the weekend.

In this indicative analysis, out of a possible 60 hours of sleep, a Mainlander must have slept for only 33 and a half hours throughout the whole week. This figure may be further cut in half once the closure commences.

Expect low output from anyone who has to go through this daily.

For businesses, it could become increasingly difficult to keep the customers on the other side of Lagos happy and fulfilled. This is even as the cost of logistics rises due to more time on the roads.

A lot of workers in the private sector will find the stress of getting to work and back home unbecoming and decide to leave their Lagos Island jobs for closer ones.

Some other people may be fired for consistent late-coming and lack of productivity.

Unless a conscious effort is made to beef up security on these alternative highways, the Federal Government is only taking the prey to its hunter.