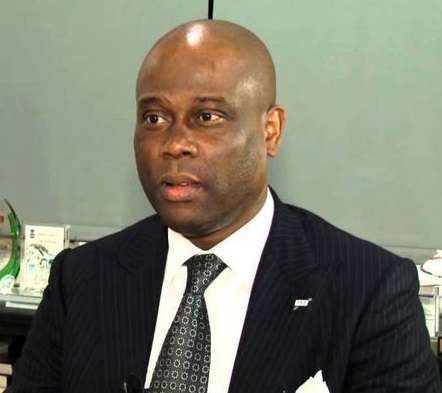 Herbert Wigwe – His Background, Career, Net Worth, All You Need to Know

Herbert Wigwe was born in Ibadan, Oyo State to father Pastor Shingle Wigwe RTD – former director-general of NTA (Nigerian Television Authority) and mother, a nurse. Herbert was known to be a brilliant kid and a fervid lover of cricket. He has 4 other siblings (3 sisters and 1 brother) named Peggy, Stella, Joyce, and Emeka. 2 nieces: Ruchi and Zara and 4 nephews: Ruchi, Oj, Obumneke, and Chinwe.

After finishing his secondary school education in Warri, Herbert proceeded to continue his education at the University of Nigeria, Nsukka, Enugu State in 1983. Four years later, Herbert graduated with a second class upper division degree in accounting and subsequently went ahead for NYSC service the next year – 1988.

Herbert’s first job in Lagos was with Coopers and Lybrand Associates Ltd. Whilst at Coopers and Lybrand, Herbert enrolled in the Institute of Chartered Accountants of Nigeria (ICAN) and resigned from Coopers at the completion of the professional course. Soon, at the age of 23, he resumed at Capital Merchant Bank as a credit analyst.

A year on at Capital Merchant Bank, he flew to Bangor University (formerly North Wales University) to complete his masters in Banking and Finance.

After his master’s degree in Bangor, Herbert came back to Nigeria to work at Guarantee Trust Bank (GTB). GTB, a young bank then, groomed him through the ranks. Herbert rose quickly, became an Executive Director in 1998 at the age of 32. Herbert, who failed his first JAMB examination has this as one of his favourite quotes:

“Success is a meaningless word without failure. I have failed many times, but in every wrong turn, every misstep, there are important lessons. Embrace them.” – Herbert Wigwe, MD Access Bank.

However, Herbert did not stop there. Herbert continued to the University of London, UK for a second master’s degree in Financial Economics. After this, Herbert also attended the prestigious Havard Business School where he studied a management course.

Herbert Wigwe teamed up with Aigboje Aig-Omoukhuede to take over Access Bank in 2002. Aigboje Aig-Omoukhuede as MD/CEO and Herbert Wigwe, Deputy Managing Director (DMD). Their mandate was clear: reposition Access Bank as one of Nigeria’s leading banks within a five-year period. Access Bank, 24 places shy the bottom-ridden commercial banks in Nigeria at the time, gasped for progress. They were the 65th ranking bank in Nigeria. Herbert, with his partner, took over and the rest was history.

Access Bank is now ranked among the top 500 banks in the world by The Banker, a respected business magazine. Access Bank recently merged with Diamond Bank Plc, although the latter’s brand, identity, products, and staff were collapsed in the ‘merger’.

2013, Access Bank had become AA- rated by S&P and was able to raise capital in the global bond markets, issued its first US$350m Eurobond July 2012.

Since Herbert Wigwe’s appointment as GMD/CEO in 2014, Access Bank has built tremendous strengths and successes in the Nigerian banking sphere. The bank currently serves an account holder-base of over 36 million customers today. Herbert and Access Bank are gunning to become the topmost bank in the world after reported to be the largest in Africa, by customer base.

Definitely the largest bank in Nigeria by customer base, the bank now operates over 600 branches spanning 3 continents and 12 countries. The bank now has over 28,000 staff in its human resource, however, over 75% of these staff are set to be laid off as reported on 1st May 2020.

Herbert Wigwe founded the W-Initiative as a subsidiary of Access Bank Plc. This scheme is for women. The W-Initiative encourages and sponsors women who aim to be more enterprising. Asman astute businessman, Herbert opines that one requires a lot of encouragement to thrive and succeed in business. Through quality loans, seminars, training, and conferences, Herbert and the bank have been able to impact lives of women this way.

This scheme also supports women with chronic fertility problems. This scheme has sponsored In Vitro Fertilization (IVF), Hysterectomy, Intrauterine Insemination (IUI), and so on.

Herbert, with Access Bank and UNICEF, partnered to give the displaced, orphaned, vulnerable and poor Nigerian children hope by founding a polo tournament. Proceeds from this tourney, plus goodwill donations from donors are used to take care of the aforementioned people. This tournament is held yearly.

Herbert Wigwe, with Access Bank, partnered with the Bank of Industry (BOI) on this scheme. This is a product paper loan scheme set-up to sponsor activities of Nollywood players e.g actors, directors, producers, engineers, photographers, cinematographers, distributors, and so on. Amongst the major beneficiaries of this Nollyfund loan scheme is Kunle Afolayan, for the production of the movie – The CEO.

Herbert Wigwe, CEO of Africa’s topmost commercial banking institution, is also a member of boards of various high profile companies. He does not have an official figure to his name, but reports suggest Mr. Herbert Wigwe’s worth is around $68.5 million.

Access Bank to Sack 75% of its Staff due to Coronavirus – Herbert Wigwe, MD

What Is The Future of Remote Work?